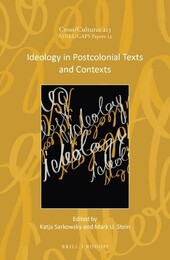 During the Soviet occupation of Estonia, Imbi Paju’s mother, Aino, along with her sister, Vaike, were sent to a Siberian gulag in 1948, where they spent six years until their release in 1954; from that story, an author was born and a per-son was created. Through storytelling, the traumatic events the two sisters witnessed during that period were transmitted to Aino’s daughter as a child, which were then internalised and surfaced as text in her 2006 memoir, Memories Denied. Paju’s text constitutes an attempt to come to terms with this dreadful past through listening and writing her mother’s memories and exposing readers to the mother’s trauma not directly, but indirectly through imaginative narration. The present article approaches the psychosocial implications behind the writing of Memories Denied by Imbi Paju, which constitutes a personal account of understanding a sense of herself as an author and as a person, and an Estonian collective identity, within a post-Soviet space which is read as a postcolonial space in its own right. The hypothesis in exploring identity formation is that not in spite of, but because of the unpredictability and unreliability of an ‘I’ which is informed by past memories through projective fantasy, one can create a space of possibilities, hitherto uncharted, to understand the beginnings, real and fictional, of the text and the lives associated with them. The presupposition is that the concept of memory is not merely a passive retrieval from a past life not experienced; rather, the concept of memory is approached as a complex apparatus which allows the subject to re-imagine the space and time it hails from, infusing imagination into factual autobiographical elements.